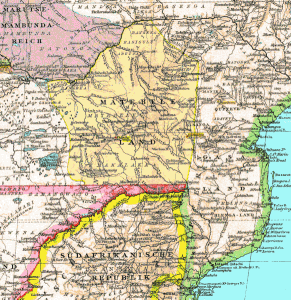 In contemporary times, Zimbabwe’s capital city, Harare, is a modern city where one can indulge in multiple entertainment activities, buy beauty products, buy the latest fashions, and purchase high-tech consumer electronics. Indeed, even top notch accommodation can be compared to the very best hotels in Port Elizabeth. How Harare came to exist as it does today is a very complex story that, unfortunately, still causes conflict between ethnic population groups (especially between black and white Africans).

Colonisation in Africa is generally regarded as having a profound impact on the societies, economies and cultures of peoples native to the African continent. Colonial powers imposed administrative practices, laws and economic relations upon native populations that were designed to benefit the colonising nation. Although colonisation is a marked characteristic of the rise of Europe post the middle ages, the colonial project in Africa (that can be seen as far reaching and ubiquitously invasive) began in earnest in the late 19th century. The most notable example of unrestrained greed marring European history can be found in the Belgian Congo. Whereas the Congo stands out as an area of exploitation without conscience, many areas of Africa were temporarily drenched in the same quagmire. Unfortunately, countless post-colonial states have been guilty of the same violence, exploitation and greed seen in the 40 year period known as the “Scramble for Africa”.

Interestingly, the pre-colonial era of southern Africa is also marred by bloodshed, the fight for territory, and tribal warfare. Proto Shona speaking peoples are believed to have inhabited the Limpopo Valley from circa the 9th century CE. Groups then immigrated to the Zimbabwean plateau which subsequently became the centre of Shona history. In about 1000 CE Arab traders operating along the Indian Coast facilitated the founding of the Mapungubwe Kingdom. The latter kingdom acted as a precursor to the Shona civilisations that had developed sophisticated trade systems by the time the first Portuguese explorers arrived in the area today known as Mozambique. Today, the ruins at Great Zimbabwe (the main archaeological site is a unique stone structure) stand as a testament to these early kingdoms. Goods typically traded by the Shona people of the Mapungubwe Kingdom include Ivory, copper, gold, cloth and glass.

Mapungubwe, between the period of c.1300-c.1600, became eclipsed by the Kingdom of Zimbabwe, which built on the knowledge base established by its parent culture. Zimbabwe gave way to the Kingdom of Mutapa, which was also a Shona state, dominant in present day Zimbabwe and central parts of Mozambique. The Kingdom of Mutapa traded with Arab states and with Portugal, but eventually succumbed under the military might of the Portuguese who saw the area as a strategic advantage. As an outgrowth of changing circumstances, the Rozwi Empire (also Shona) tried to regain territory by from the Portuguese by acquiring muskets and employing a professional army to attack the European forces. Due to smaller numbers and the potential cost of continuing conflict, the Portuguese fell back giving the Rozwi Empire the territory they sought.

In addition to the Shona, present day Zimbabwe is also the home of many Ndebele people who originated from South Africa: the Ndebele were originally formed by a rebellious Zulu general, Mzilikazi. The latter general rebelled against Shaka, and took his newly formed tribe northwards, towards the Limpopo. This period is known as the “Mfecane” as the Ndebele left a trail of destruction in their wake. Their time in the northern parts of South Africa was short lived, however, as immigrant Trek Boers converged on the Transvaal, driving the Ndebele into Matabeleland. When in present day Zimbabwe, the Ndebele subjugated the Rozwi Empire and other, smaller Shona states.